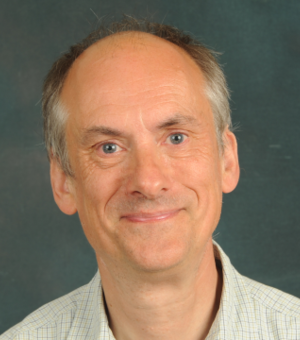 The relationship with the environment is fundamental to the biology of all organisms, and especially to plants. Our research group investigates key aspects of this relationship, focusing on the ways in which environment changes plant biology over a wide range of timescales: from the short-term physiological adaptation of individual plants to fluctuating environments, to the long-term effects of environment on plant evolution. We also have particular interests in how plants coordinate the regulation of their growth with their acquisition of carbon and mineral nutrient resources from the environment. These particular interests arise from our previous world-leading work on the gibberellin-DELLA mechanism and our discovery of the mechanisms via which ‘green revolution’ crop varieties are altered in this coordination (see below). Our approaches are unified by the use of genetics, with a strong emphasis on whole-genome sequencing, and we use both model and crop plant systems (Arabidopsis thaliana, rice and wheat) appropriate to particular research questions. Our coordinated interests cover both fundamental questions (e.g., How does mutation contribute to plant evolution?) and practical outcomes (e.g., Can we improve the nutrient use efficiency (NUE) or soil-salinity tolerance of crop plants?). Specific interests are outlined below (see Current Projects).

Current projects: There are currently three interrelated areas of research in the lab.

We are interested in the role that de novo DNA sequence mutation plays in evolution, and in determining the extent to which the environment influences this process. This project involves whole-genome studies of A. thaliana. We initially developed (in collaboration with Prof. Richard Mott at the University of Oxford Wellcome Trust Centre for Human Genetics) robust methods for the identification of de novo DNA sequence mutations in ‘short-read’ whole genome DNA sequencing datasets. We are now amongst the world leaders in de novo mutation detection, and are applying our methods to understand how de novo mutations arise. For example, although it has long been known that exposure to environmental fast-neutron (FN) irradiation is mutagenic, the genome-wide effects of fast-neutron irradiation were poorly understood. We have recently shown that, in contrast to what was previously thought, FN exposure causes more base substitution mutations than deletion mutations, and that these substitutions exhibit a characteristic molecular mutational spectrum (a reflection of the different frequencies of specific transition and transversion mutations) that is very different from that exhibited by mutations arising spontaneously in control plants (Belfield et al., 2012).

More recently, we have extended these studies by experimental analysis of the effects of environment on genome-wide inherited de novo mutations in plants. Our recent analysis of the effects of growing plants in stressful high-salinity soil environments has shown that the environment influences both rate and molecular spectrum of accumulated mutations, and also changes the patterns of inherited epigenetic changes in cytosine methylation status (Jiang et al., 2014).

Our studies in the area of Mutation and Evolution are unified by the concept that an understanding of the effects of the natural environment on the accumulation of mutations is necessary for a full understanding of how evolution works.

Ensuring future global food security is a major humanitarian challenge. The needs of the around 9 billion people expected by 2050 require a two-fold increase in crop productivity. This increase must be achieved with minimal environmental damage. In the second half of the 20th century, the introduction of high-yielding cereal ‘Green Revolution’ Varieties (GReVs) began progressive crop productivity increases. However, these increases have recently plateaued. Furthermore, GReVs have low soil mineral nutrient use efficiency (NUE), and are dependent for high yield upon environmentally unsustainable fertilizer applications.

A new approach to yield breeding is essential: the molecular breeding of 21st century ‘Super-Green Revolution’ Crop Varieties (SuGReVs). We previously discovered the molecular identity of the Rht ‘green revolution’ gene variants of wheat GReVs, showing that variant forms of the gibberellin-DELLA mechanism are crucial to yield. These previous insights give us a unique vision for the development of SuGReVs. Our vision builds upon new understanding of the biology of GReVs, and of plant mineral nutrient uptake and assimilation. It exploits revolutionary ‘genome-editing’ technologies, and extant natural genetic variation.

We are currently seeking funding for this project. In summary, we will use state-of-the-art molecular breeding techniques to transform GReVs into SuGReVs. These SuGReVs will produce increased grain yields with reduced fertiliser input, thus promoting future global food security and reducing environmental damage.

We are working on plant salt-stress responses as a fundamental model of how plants respond physiologically to the challenge of stressful environments, and because salt-stress is a major global threat to the yields of crop plants. Our work in this area involves mutational investigations with A. thaliana, with a special focus on the responses of plants to high-salinity soils. We have selected mutants exhibiting either increased resistance or increased sensitivity to growth on saline soils. These studies have enabled substantial advance in understanding, because previous studies of A. thaliana salt-stress responses have mostly been conducted in low-transpiration petri-dish environments. In contrast, our studies more closely reflect the reality of plants growing in the wild or in the field, in which the transpiration stream is a major conduit of water and salts through the xylem vasculature from the root to the shoot of plants. In collaboration with Prof. Andrew Smith (University of Oxford Department of Plant Sciences) we have shown that levels of reactive oxygen species (ROS) in the region of the root vasculature regulate the sodium (Na) content of xylem sap, and that these ROS levels are themselves controlled by Na sensitive regulation of the activity of a specific respiratory burst oxidase enzyme (encoded by the gene AtrbohF) catalyzing ROS production. Thus we have discovered a ROS-regulated mechanism for regulation of root-to-shoot delivery of soil Na, a discovery that has major implications both for our understanding of how plants maintain internal ionic homeostasis, and for the hugely important goal of improving the salinity-tolerance of diverse agricultural crops (Jiang et al., 2012; Jiang et al., 2013).

Our novel discoveries of previously unknown mechanisms via which plants achieve physiological adaptation to a saline-soil environment have important practical implications. Soil salinity is a major factor limiting agricultural production, and affects an estimated ~62 million hectares of cultivated land world-wide. Furthermore, the global area of salinized cultivated land is rapidly increasing due to the widespread use of irrigation systems, thus threatening global food security. There is therefore an urgent need to understand plant soil-salinity tolerance mechanisms, and to identify genes conferring tolerance. Our elucidation of the mechanisms of transpiration-dependent salt tolerance has particular relevance to crops growing in field environments, and to the need to improve both salinity tolerance and water-use efficiency in agriculture.