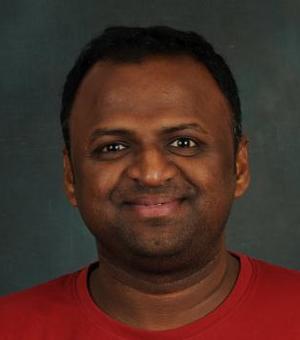 I am a post doc in Prof. Philip Poole’s group. I am interested in studying how rhizobia attach and colonize legume roots, a key step in rhizobia-legume symbiosis.

During doctoral research, I used microarray-based transcriptomics to study the changes in gene expression of Rhizobium leguminosarum bv viciae 3841 (Rlv3841) during pea root colonization. This study was further extended to delineate the pea-specific genes from the general plant adaptation genes, by comparing the differential gene expression of Rlv3841 during colonization of different plant roots; alfalfa (legume) and sugar beet (non-legume). This led to a detailed metabolic and transportome map of Rlv3841 gene expression during root colonization, suggesting the key components of pea root exudate and high-lighting the active metabolic pathways of Rlv3841 during colonization. In addition, a pea rhizosphere-specific plasmid was also identified, which is enriched with genes that are specifically induced in the pea rhizosphere (1).

From rhizosphere transcriptomics studies, a three-gene operon encoding lipoprotein (LppE), extra-cytoplasmic sigma factor (EcfE) and anti-EcfE (AsfE) was identified as highly and specifically transcribed during root colonization but only weakly in lab culture (and requiring phenylalanine addition). My current work is to characterize transcriptional regulation of these genes and elucidate their roles in root attachment and colonization. To do this I will employ cutting-edge luminescence assays, confocal imaging, RNA-Seq and ChIP-Seq.