Scientists have split the atom, landed on the moon and sequenced the human genome but are a long way from documenting and describing the world’s plant species. 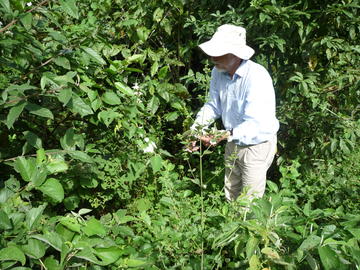 This study published in Nature Plants, led by researchers in the Department of Plant Sciences at theUniversity of Oxford, demonstrates how a monographic taxonomic study, done at a global scale and integrating morphological and molecular data, has the potential to contribute enormously to knowledge of poorly known groups of plants in a short time. This paper documents one such innovative and novel study that overhauled the taxonomy of one of the biggest groups of flowering plants, the morning glories. This work is based on the use of herbarium specimens — dried plants preserved in botanical gardens, museums and other institutions. The number of specimens in herbaria worldwide has doubled in the last 50 years, resulting in an unparalleled resource with which to address the study of poorly known groups of plants, especially in the tropics.

Taxonomy has often been perceived as a merely descriptive science, a continuation of the work carried out by 18thand 19th Century naturalists. It is also undervalued by the inaccurate view that taxonomic knowledge steadily accumulates until all species of a particular group are discovered, whereas in reality names, synonyms, mistaken identifications and errors accumulate alongside accepted names and reliable information. This accretion needs to be sifted and new species identified to provide an accurate taxonomy, something that is lacking for the vast majority of tropical flowering plant genera of any reasonable size.

A monographic study is a comprehensive treatment of a group of organisms, usually across its entire distribution. It contrasts with more pragmatic ‘floristic studies’ that seek to document species in a restricted geographical region such as a country. When writing a monograph, it is usual to discover lots of new species that have been previously overlooked as well as discover that many of the same species have been labelled independently (synonymy). In addition to accurately updating the taxonomy and naming system, a monograph also provides valuable information about their distribution, ecology and conservation status. 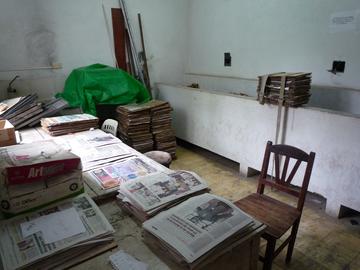 The plant genus Ipomoea, commonly known as morning glories, is one of the largest groups of plants worldwide.It includes several species of economic relevance such as crops, ornamental plants and invasive species. Although a few species are well known for many aspects of their biology, most species are very poorly known and have never been studied across their entire geographical range. This is the first comprehensive monographic study of the genus across its entire distribution.

Integratingthe morphological study of herbarium specimens with the analysis of molecular data, both DNA barcodes (small but phylogenetically informative DNA fragments) and genomic-scale datawere studied. In addition to visiting and sampling material from 47 herbaria worldwide, fieldwork was conducted in several countries in Latin America to obtain additional and valuable information.

Whilst the results include the description of 63 new species, it was also found that seven out of every ten namespublished in Ipomoea are synonyms. 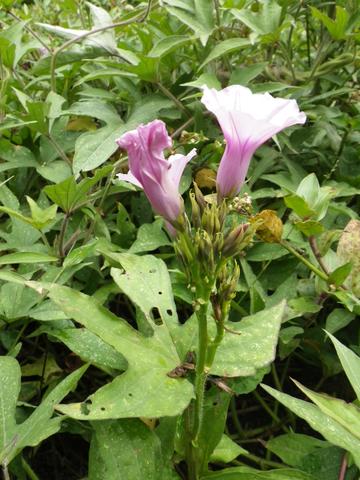 In addition, this study determined the evolutionary relationships between species to investigate the evolution of the most famous group member: the sweet potato. The analyses indicated that the sweet potato originated not only before agriculture but also before modern humans. This strongly indicates that the storage root is not solely a product of human domestication but likely originated before humans and predisposed the species for cultivation.

Leading on from this body of work are planned future studies to focus on the diversity existing in Africa, Asia and Oceania, and further BBSRC funding has been awarded for further study on the origins and evolution of the sweet potato.