Your new book is about the science and cultural importance of sunflowers: where did the idea for these themes come from? Why sunflowers in particular?

Despite its title, the book is about the entire sunflower family, the Asteraceae, rather than the single genus (Helianthus) we commonly call sunflowers. The family has fascinated me for decades. When I am collecting in the field, the Asteraceae always attracts my attention. My interest is because of the family’s sheer size, its ubiquity and diversity and the complexities of it taxonomy. I wanted to bring the biology of the family to life beyond a few easily recognised daisies, dandelions and dahlias, and put it in a form that would be recognisable to a wide audience. To do this it was necessary to highlight morphological, physiological and chemical diversity, relating these to agriculture, medicine, politics, economics and art.

How long has the book been in the making, and how have you gone about researching content?

I have been working with members of the Asteraceae since I started my Ph.D. on the Oxford ragwort over 30 years ago, and have been squirrelling away bits of information ever since. Bring these random facts into a coherent form and doing the additional research and writing took just over a year – mostly early in the morning, late at night or in airport departure lounges; outside of the ‘day job’. Although I had ideas about what each chapter would contain and how the chapters would link together before I started, they soon took on lives of their own. My biggest challenge was to get the balance right among different disciplines. With the biology, I had to make sure I did not drift into jargon (I was still picking up overlooked jargon at the proof stage). When researching some humanities material, the challenge was translating jargon into concepts I could understand.

Whilst researching sunflowers, what has been your favourite fun fact that you’ve come across?

Some of my favourite fun facts relate to individuals who have studied Asteraceae over the past few hundred years. In the eighteenth century, Frenchman Sébastien Vaillant fell out with his supervisor since the latter did not believe plants reproduced sexually. In the nineteenth century, the French lawyer Henri de Cassini began studying Asteraceae because he ‘could mutilate, dissect and destroy [them] without inspiring pity’. German botanist Christian Lessing’s brilliant career in Asteraceae was over by the time he was 25 years old; he became seduced by business interests in Siberia and was eventually ruined financially. In Bavaria, the physician Karl Schultz Bipontinus was found guilty of treason and given an unlimited prison sentence. Incarcerated, Bipontinus developed an interest in Asteraceae, grew them in the prison grounds and even published his first scientific papers on the family. When he was released after three years, he made the appropriate apologies, ‘retired’ as a revolutionary and became a hospital doctor, studying Asteraceae in his spare time.

Where/where can people pick up a copy of the book?

As they say, any good book shop near you.

Do sunflowers feature in the recently refurbished Exhibition space at the Botanic Garden?

Sunflowers proper will have a prominent place in the Exhibition space. Jacob Bobart the Younger (Keeper of the Garden until 1719) grew sunflowers for their ornamental value and made some magnificent specimens, which we have in the Herbaria to the present day. 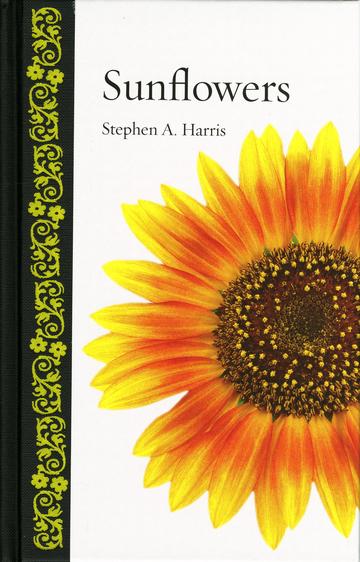