Learn how to identify different types of insects and go on safari in your own garden, in a fun new episode of Back Garden Biology, presented by Dr Lindsay Turnbull.

Lindsay said: ‘I think this week’s episode is the best I’ve produced. Called Garden Safari: The Bug Five! it explains how to identify the five most successful insect groups. Many people call all insects bugs, but actually only one of the five truly deserve that name. The true bugs have piercing mouthparts and most of them suck the sap of plants – although a few are rather more sinister and suck the blood or juices from other organisms. They are often confused with beetles, who do look superficially similar, although many beetles are an asset to the gardener.

‘The episode has really been enhanced by the drawings of Pandora Dewan, a former biology student at Queen’s. She graduated last year with a first-class degree, after having switched from Biochemistry at the end of first year. She is a real enthusiast for biology – like so many of my students – and her drawings are wonderful. I particularly like the honeybee and the shieldbug. Drawings are still important when identifying organisms, as they can exaggerate features that would otherwise be hard to see.’

Pandora now principally works as a science writer/editor for the climate change education charity, climate-science.com, as well as doing freelance illustration, and also art installations for the Oxford Story Museum. ‘Lindsay is an incredible tutor,’ she said. ‘I’m thrilled to be able to continue working creatively with her post-graduation. Illustration is a powerful tool to describe scientific mechanisms we can’t see. My time at the University of Oxford challenged me to think creatively and has enabled me to combine my interests in science and the arts.’

In this episode, Lindsay also collaborates with expert entomologist Liam Crowley from the Department of Zoology. ‘He and I both give our personal Bug Five in the episode,’ explained Lindsay, ‘and he came up with some incredible insects, including the horrifying bee-grabber fly! It would be great if this episode encourages more people to look more closely at insects – perhaps current and former members of Queen’s might send in their own Bug Five! If they do, we’d be happy to take a look!’

You can record your own Bug Five using this worksheet and send it to us (news@queens.ox.ac.uk) or share it on social media using the hashtag #backgardenbiology. Watch the whole series of Back Garden Biology here. Lindsay started creating the series from her own garden in March, when the lockdown began, and is making a new episode each week this term, covering a wide range of topics – including how to identify different types of bee and explaining some of the fascinating and ingenious ways in which plants reproduce. 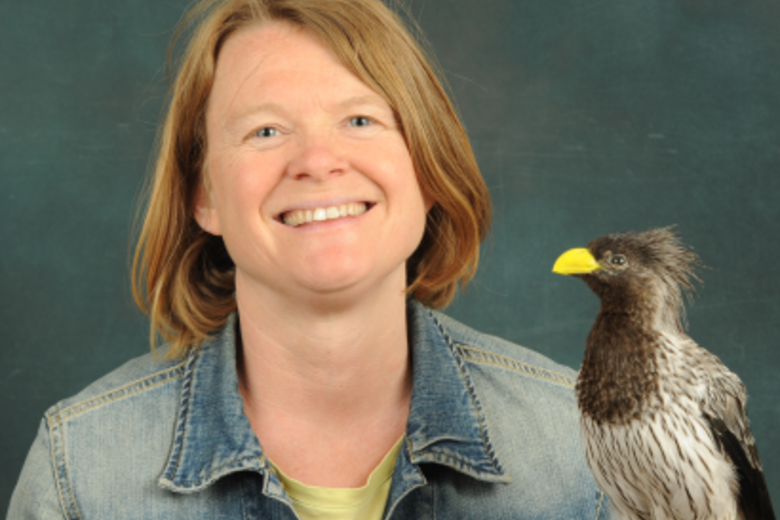