Congratulations to DPhil student Jack Parsons, who has been awarded the Cumberland Lodge Scholarship for the years 2017-19.

Scholars benefit from the unique opportunities presented by association with the Lodge and its work. These include facilitating and chairing a wide range of interdisciplinary conferences, communications mentoring, working collaboratively with other scholars of the Lodge in outreach events and networking with the regular associates of the Lodge. Events organised by the Lodge this year include the re-publication of the influential book ‘Darkness over Germany’ (speakers including Dr Rowan Williams, Baroness Butler-Sloss and Professor Lord Stern) as well as the annual Cumberland Lodge Police conference, which this year focussed on tackling modern slavery and human trafficking.

A core aim of the Lodge is to provide an inclusive space for dialogue and debate around the key issues facing society. Leading thinkers and policy makers engage with those from a wide variety of different backgrounds such that a broad spectrum of views are represented.

Scholars play an integral role in these events, and applications for the scheme are always heavily oversubscribed. This year six scholars were chosen from a pool of over 200 candidates. 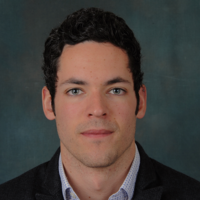