Former Oxford Biological Sciences alumnus, David Bartholomew, has founded the Little Environmental Action Foundation (LEAF for short) alongside thirteen fellow young conservationists. LEAF’s mission is to restore some of the most threatened ecosystems across the tropics, whilst using research-driven approaches and 100% native species.

Across the world, natural ecosystems are becoming increasingly degraded and fragmented. This means preservation of remaining intact habitats is likely to be insufficient for many species. Instead, the United Nations has identified restoring wild places as a global priority in its upcoming decade on ecosystem restoration.

LEAF’s first project is focused on cultivating and planting indigenous trees in coastal Kenya. Situated in the East African Coastal Forest Biodiversity hotspot, this project aims to save the region’s endemic trees that are all predicted to go extinct by 2050 without intervening action. LEAF is working in partnership with Pwani University recover seeds, grow seedlings and plant out these threatened endemic species around fragments of ancient forest sites called relicts. These relicts are incredibly important to the future of this region, as currently 96% of native trees have been lost to monoculture plantations and farming.

Using research and expertise, LEAF has begun by employing local graduates and implementing ex situ conservation on the university grounds. From here, we plan to expand our efforts to plant trees close to pre-existing relict sites, educate local people on how to protect these forests and show why their ecosystem services are invaluable. By focusing on native tree species, we aim to increase the survival rates of planted trees and also the long-term recovery of these forests. Collaborative research with university students is also helping to maximise survival rates by studying salt and drought tolerance, as well as optimal planting times.

LEAF is set to officially launch in National Tree week running from 28th November to 6th December. As part of the launch, LEAF will be running a crowdfunding campaign to fund the building of a new seedling nursery that can propagate and grow rare and endangered tree species. From these donations, LEAF hope to transform the nursery to provide sufficient capacity for future forest restoration projects.

The LEAF charity is remains in its infancy but has ambitious plans to expand its restoration work into ten countries by 2030. Potential projects in Rwanda and India have already been identified, whilst a UK-based school outreach programme is being developed.

To learn more about LEAF’s work, visit their website – www.theleafcharity.com – or follow them on social media @wearetheleaf. 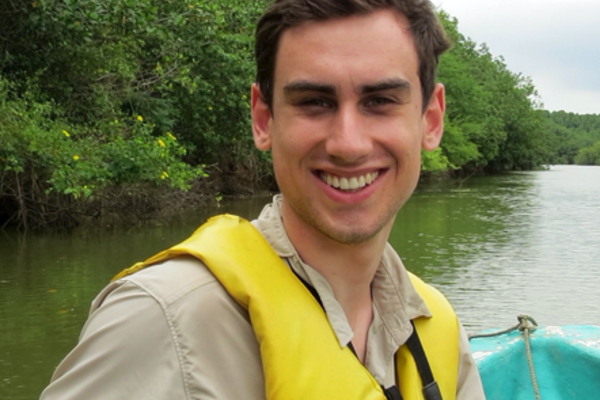