Over the last 25 years, much of the research activity associated with the Herbaria and the systematics research group in Plant Sciences has been documented in our annual Oxford Plant Systematics newsletters - OPS.

What started as a modest newsletter has turned into quite a tour de force of scholarly articles and news items, many unpublished elsewhere. Numerous, fascinating articles by staff and students on plant taxonomy, biodiversity, ethnobotany, student field trips, illustrations and art works, former and current staff, herbarium history, and more.

The first issue was produced in 1993. Printed partly in colour from 2004 onwards, OPS is mailed or emailed to herbaria and libraries internationally, mostly to those where we have collaborative research links. Printing and postage costs are generously supported by the department. 300 copies were printed this year.

Edited first by Denis Filer followed by David Mabberley, Robert Scotland and Stephen Harris, the newsletter has for many years been produced in-house by Serena Marner. 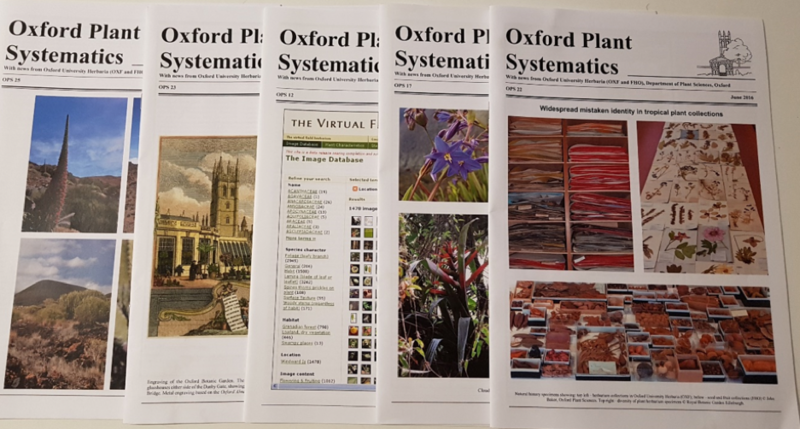 All issues of OPS are available here: https://herbaria.plants.ox.ac.uk/bol/oxford/ops

A selection of articles from across the issues: